This page is part of the Essential Series modding tutorials. User Interfaces (UI or UIFT) are entity assets that create something which is rendered on the player's screen, on top of the game, such as a pause menu element. There are three basic UI types: model and texture (both are UI assets) and text (UIFT assets). These assets are able to send events based on gamepad input. UI and UIFTs are usually found in the Default layer of the level's HIP.

Industrial Park has generic UI and UIFT templates. Although they are entity assets, their use is different from most others.

These apply to UIFT (text), but not UI.

Events are a major part of working with UI/UIFT. There are two basic states for those assets: focused (on/off) and selected (on/off).

When you turn on focus for a UI/UIFT, the element will be visible. Turning off focus will make the element invisible. Focused elements are visible, but cannot use PadPress events.

The PadPress events are the main way to interact with UI/UIFTs. The asset will receive the event upon pressing the button if it is focused and selected. You can then use links to send events and possibly focus/select other UI/UIFT assets to create a custom menu, for example. The following events are available (they use PS2 button names, but they work for the equivalent buttons on GameCube and Xbox):

In Industrial Park's Display tab, or by pressing U, you toggle between normal view mode and UI Mode: this is intended for editing of menus through UI and UIFT assets. The view will become a 2D 640x480 screen (this aspect ratio can be forced through the UI Mode AutoSize button). Those assets can also be edited in normal mode, but it's possible to have an approximate preview of them with UI Mode. 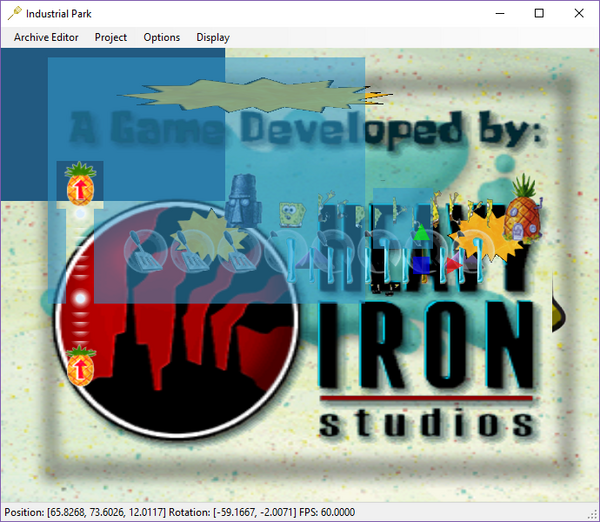 The following images show examples of custom UI elements. All three were placed from templates (two UIFT and one texture UI). The positions, width and height of the assets were set afterwards. Different TEXT, colors and flags were set for the UIFTs. As you can see, Industrial Park's UI Mode's preview is approximate, but not accurate to the game. The position of the elements is correct, but the text and colors do not appear. 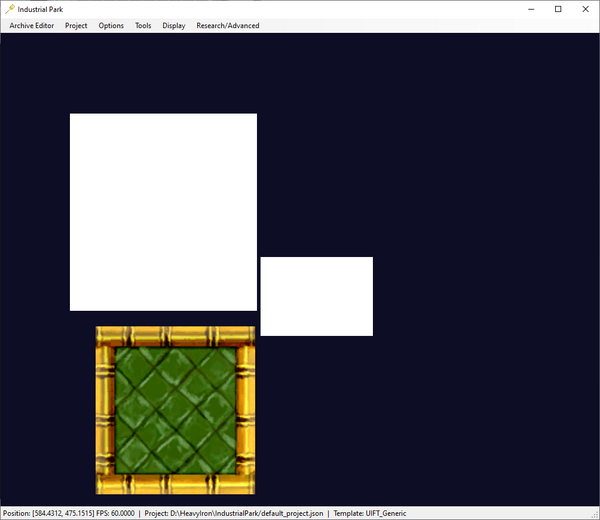 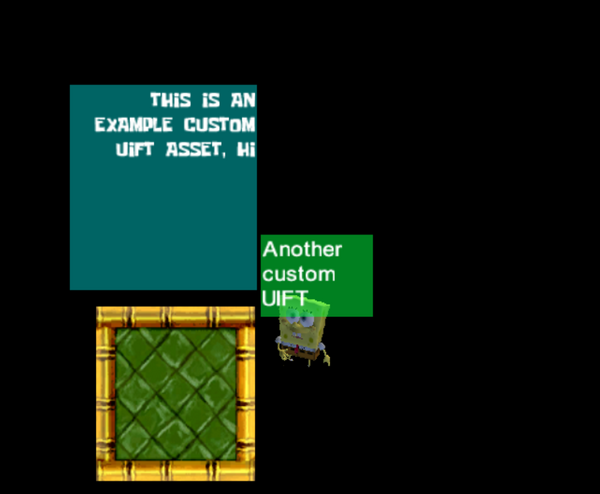 Retrieved from "https://heavyironmodding.org/w/index.php?title=Essentials_Series/User_Interfaces&oldid=4905"
Category:
Cookies help us deliver our services. By using our services, you agree to our use of cookies.