From Heavy Iron Modding
Jump to navigation Jump to search 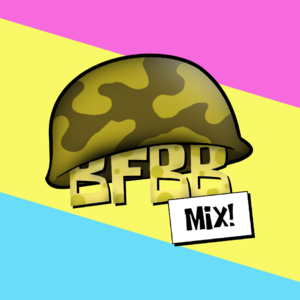 A crash can occur when loading into Poseidome, so save your game to avoid losing progress.

To play the GameCube version, you need Dolphin Emulator or a modded Wii with Nintendont.

Extract the zip file, which will make a folder called BFBBMix. It's missing the "&&SystemData" folder which will be sourced from a copy of Battle for Bikini Bottom.

Now that BFBBMix has all of its required files, we will create an ISO file to play it.

You can now play the ISO file. Press Y at the main menu to ensure you're good to go!

(Alternatively: If you make mods or play a lot of mods, it might be easier to have a files/sys setup – simply rename the BFBBMix folder to "files" and copy the "sys" folder from Battle for Bikini Bottom.)

To play the Xbox version, you need a softmodded Xbox console. You can get help with this in the BfBB speedrunning Discord.

Extract the zip file, which will make a folder called BFBBMix. It's missing the "default.xbe" file which will be sourced from a copy of Battle for Bikini Bottom.

After resetting the console, you will see BFBBMix in the games menu. Press Y at the main menu to ensure you're good to go!

The mod has been released in milestones as its development progressed towards the full game.

Retrieved from "https://heavyironmodding.org/w/index.php?title=BFBBMix&oldid=5587"
Categories:
Cookies help us deliver our services. By using our services, you agree to our use of cookies.